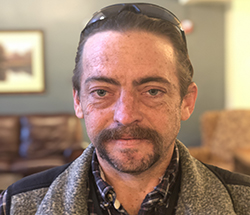 I was born in Tulare CA, and lived there until mid-thirties. I started an apprenticeship at the 15 in HVAC, electrical and plumbing which I continued on with tell my mid-thirties. I was a Technician handling primarily commercial accounts and would fill in on residential during slower periods.

I have been with my wife as of 2005, together we have 5 children and two grandchildren. We moved the family to Montana in June of 2007 in an effort to get them away from the gang violence that was increasing in our area. My Wife was a Chaplin with H.E.A.R.T. ministry in Ravalli County where she would serve the First Responders and assist with other Chaplin duties as needed.

I received my Masters in human service counseling with a specialty in addiction in 2015 when I began my career with Western Montana Mental health. Shortly after this, I also began my own Private practice in Ravalli County and worked for a men’s discipleship program called ISAAC’s house in Victor, Montana. I offered clinical supervision and took care of maintenance around the building to assist in keeping costs down.

In November of 2017 I assisted in building a PACT (Program of Assertive Community Treatment) for the Hamilton office of Western Montana Mental health. I worked as the LAC on the team until May of 2019 when I began my Journey here at Rocky Mountain Treatment Center.